I know curse was too strong on end-game bosses, especially when you have a curse support with you so they made end-game bosses 80% curse immune. However, curse builds are pretty much useless in solo play towards the end-game. GGG should add a keystone in the witch side of the tree, allowing curse to be more effective against end-game bosses for the curse caster. 60% effectiveness would be nice. So curse-builds can be viable in end-game. If you need poe orbs cheap in game, you can choose u4gm.com sale cheap poe currency. 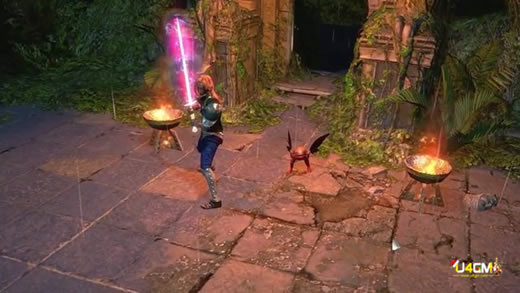 Curses are nerfed on endgame bosses!
GGG went overboard with their nerfing, just like ignite and CoC, where instead of a healthy middle ground they made it worthless. I recently made a thread about this and one of the most hilarious replies was someone justifying the current system by saying how taking all the curse effectiveness + empower on a 21/20 temp chains +temp chains helm enchant in a + gem level item still gives you like a 18% slow on an endgame boss.

Or you know I could take like 4 more life nodes and get that much survivability. There is currently no point in investing in curse nodes IF your goal is endgame bossing. If all you want to do is be an immortal mapper then hell yes they are amazing, supercharge your temp chains and enfeeble and get like 2k evasion, nothing will even get to hit you and if it does you will have like 90% evade chance.

Less Slowing Effects
I think bosses shouldn’t have curse resist at all, but “less slowing effects”, “less accuracy loss”, “less reduced damage” and a cap on all 3. Those are the only three supralinear curse effects IIRC.

After all, why is it ok for support gems like Penetration and Conc Effect to cause X% more DPS on Shaper, but for curses which essentially do the same thing like Ele Weakness and Vuln, they’re 80% less effective? The only issues imo are Enfeeble and Temp Chains which would make endgame bosses do nothing if fully specced into. And meanwhile anyone can still take Blind for zero investment whatsoever.