With the Evolution of Combat will, inevitably, come change in the economy. It’s a natural result of the re-alignment of all of the armour, weapons and food within the game. As you learn new ability combinations, ready your action bars for different combat situations and get to grips with the new combat stats, it’s inevitable that the RuneScape economy will change alongside it. We want to assure you that we’ll be keeping a close eye on the RuneScape economy, and to give you some tips as to how it’s likely to change post-20th November. 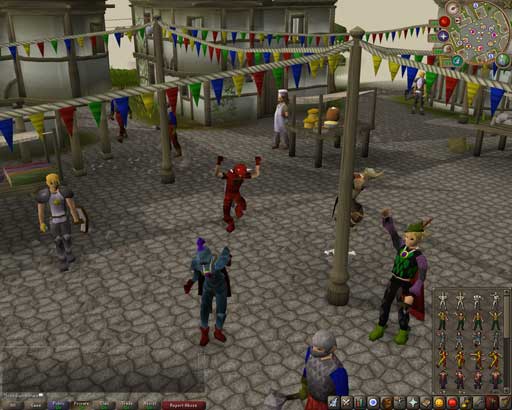 First and foremost, don’t panic! The economy is often the subject of rumours and hearsay, meaning that many people make decisions that are a little hasty. The vast majority of tradeable armour and weapons that you currently have are going to still be your equipment of choice in the Evolution of Combat. Got a full set of Bandos armour from General Graardor? That’s still the best non-degrading melee armour that you can get your hands on, and – with the new Bandos warshield – you can use some of those nifty new defensive abilities to be even tougher and last longer on Slayer trips.

On the flipside, items that you might not have thought about for a little while now have new life breathed into them. With the launch, the Zaryte Bow will become the best bow in it’s class, and will be comparable to all other level 80 Ranged weapons. Korasi’s Sword may no longer be a one-hit-KO wonder, but it’s a fantastic complement to the new off-hand Enhanced Excalibur. Mage armours such as Infinity and the brand new Batwing now provide decent protection in against melee combatants. Don’t forget the underused warhammers and two-handers; with dual wielding, two-handed abilities and weaknesses to specific damage types, they are now just as useful as scimitars in the right situation.